This past week, I was fortunate to enjoy azalea season down in our nation's capital. Living in New England, I don't see many azaleas that compare well with their southern cousins. Northern azaleas seem to tend towards the leggy, distorted, and small. And way too many are sheared into unnatural geometric shapes and shoved into a line of foundation plantings.

So it was a delight to have some attitude adjustment at the National Arboretum. The woodland banks of Mount Hamilton were swept with mid-season bloomers. 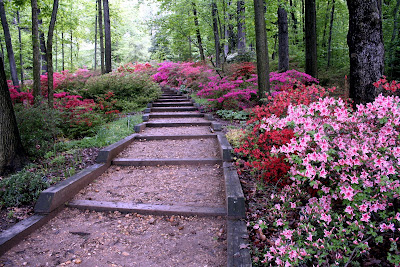 Even the gaudiest varieties were in shameless company among a sea of other gaudy azaleas. The eye adjusted to all that fuschia, scarlet, and Pepto-Bismol pink within a few minutes. Below, "Chanticleer" crowed out loud and clear. 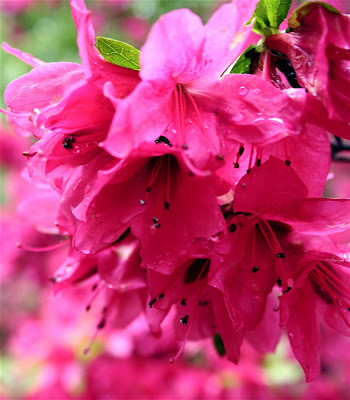 Between 1946 and 1948, the Mount Hamilton hillside was planted with 10,000 Glenn Dale azaleas hybridized by the Arboretum director, Benjamin Morrison. 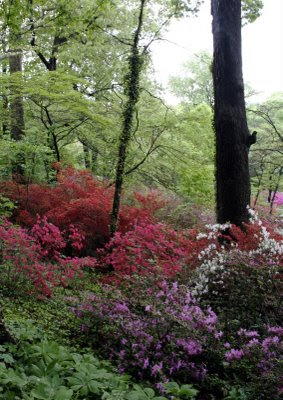 This lovely specimen, "Ben Morrison," is his namesake. 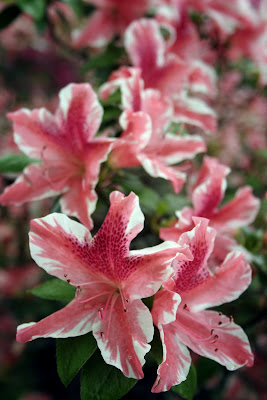 In addition to all these gloriously rambunctious Glenn Dale azaleas, the National Arboretum also holds a collection for which pruning is a positive thing: the azalea bonsai, like this exquisitely shaped kurume example, made you forget just how unnatural they actually are. Super-natural, perhaps! 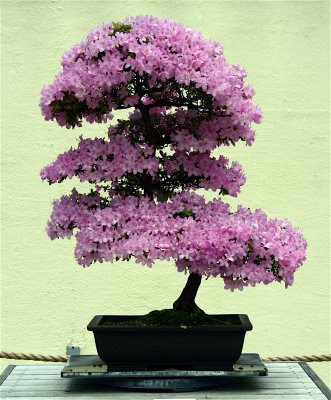 Wow! Thank you for sharing those photos.

Doctor Mom
Middlesex County, Massachusetts
A reformed archaeologist, pollyanna with a cynical streak, and seeker, I muck about in a zone 6 suburban Boston garden. 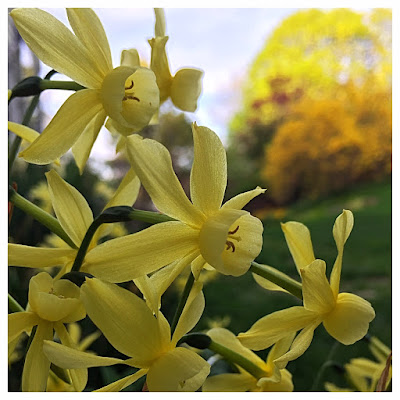